The cuts will seriously impact over 200,000 children in London and a million across the country. Under the Conservatives’ grubby deal with the DUP, children in Northern Ireland will be protected from going hungry.

Labour leader Jeremy Corbyn called the measure, ‘A disgraceful tactic which is playing politics with the health of our children’.

Clive Lewis, Labour MP for Norwich South, spoke passionately in the House of Commons yesterday calling the cuts, ‘Meaner even than the master in Oliver Twist’s workhouse’. 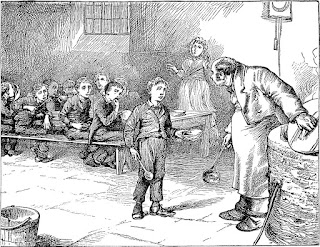 After being bombarded with Johnson’s latest expensive, glossy leaflet residents are entitled to know about their MP’s vote. In the leaflet Johnson boasts about securing £260m to ‘ensure that every child in Hillingdon has a school place near to where they live’. Yet yesterday he voted for children across the country to be denied, which for many, would be their only hot meal of the day.

A local resident of Ruislip said,

‘Yet again our MP has shamed himself in voting for a cruel Tory policy which targets the most vulnerable in our society who need support – not divisive action. It would be interesting to know how many hot meals Mr Johnson has claimed for on his expenses’.